Send Anywhere, Series A, and the Future 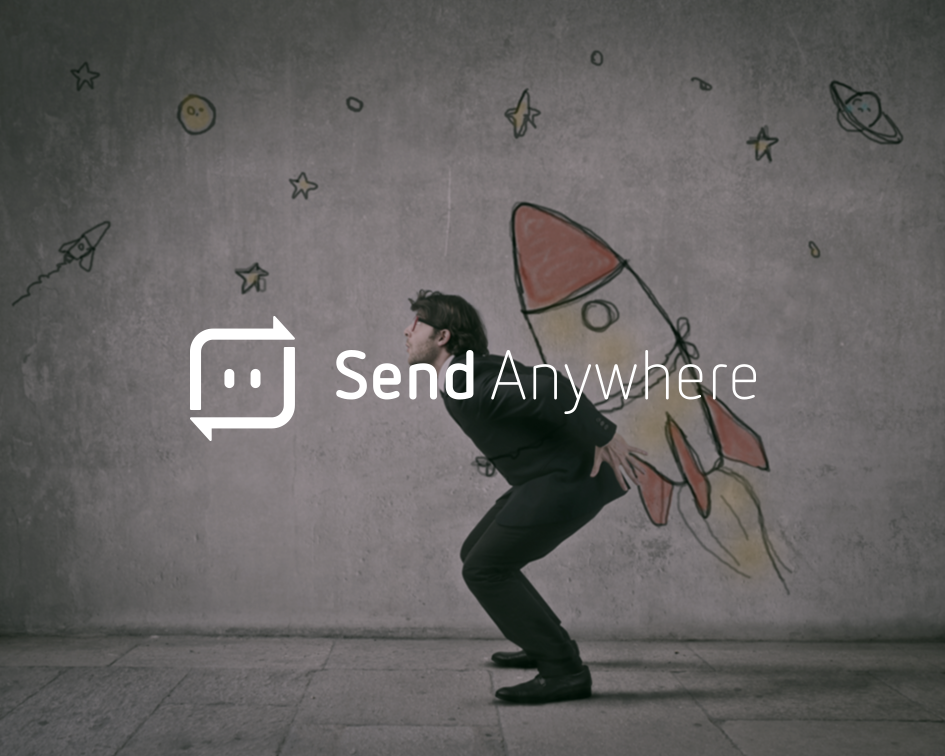 Closing our Series A Round

As you might have read in this great TechCrunch article written by Jon Russell, we ended 2015 with huge news that we closed our Series A Round lead by Saemin Ahn of Rakuten Ventures worth a total of $6 million (₩7.2 billion). While this article does an excellent job explaining how we plan to use this money, we wanted to spend the time to let our customers know how much this means to us and how grateful we are for your continued support.

Not to harp too much on the past but we wanted to briefly share the magical story of Send Anywhere’s birth with you. The application actually started out as a side project between two of the four future cofounders while Yoonsik Oh (our fearless leader) was working for his previous company. They were attempting to figure out the most optimal and efficient way to transfer data and from this initial idea, Send Anywhere was born. Then the third co-founder joined soon to add more engineering power. After this, the fourth cofounder, Suhyuk Kang (myself), was brought on board to handle strategy and business decisions. While at first merely being a web-browser and Android-based application, Send Anywhere quickly expanded to different platforms. The application not only shot out horizontally, it also shot up vertically. It has evolved from merely a “send and shoot” interface to one with a growing functionality which includes “Auto-Resume” for interrupted downloads and “History Room” for easy file tracking—both of which are a part of the new Send Anywhere 3.0 release (Android available now, iOS in February).

During this time period, not only did we get to watch the product grow but we also watched our company grow. We went from three members (2012) to four (2013) to ten (2014) and currently sit at 17 (2016). We would have never imagined this type of growth those 3+ years ago when three guys came up with the concept that would define this company.

Our Crystal Ball: Thoughts About the Future

So what exactly does raising $6 million mean to us? Do we plan to go out and buy a $6 million yacht (obviously not….it’s winter in Korea, if anything, we’re buying a $6 million ski resort!)? Well, to briefly recap on what was said in the TechCrunch article, we plan to use this money to help further expand our team (want to double in size by the end of 2016), jumpstart our marketing efforts to support the consistent 10% month-over-month growth we have been witnessing, and further optimize servers so that each region of the world has bountiful relay servers (for better file transfers).

But what does this round really mean to us. Well, it is further justification of the long-term viability of our product. Every startup believes in their staying power but requires the occasional outside boost to prove that their vision is coming to fruition. For us, we’ve passed .5 million monthly unique devices, then 1 million, and have recently surpassed the 1.5 million mark all the while watching our overall downloads climb from 1 million, to 2 million, to 3 million, to 4 million, to currently 5+ million. These milestones, not only, felt great, but were rewarded in the form of a $1 million Seed Round lead by Saemin Ahn of Rakuten Ventures and now our $6 million Series A again lead by Saemin Ahn and Rakuten Ventures.

Thank You, Our Biggest Supporters

As cliched as it sounds, none of our accomplishments would have been possible were it not for you, our faithful customers. You have been along this bumpy ride with us and we hope that you stay with us into the future as we grow more and more or, as the motto of this blog goes, “All Aboard the Rocket Ship!”

Here’s to a great and prosperous future.

As always, try out our API to harness the power of Send Anywhere within your own application.