The Good, The Bad, and the Weird: Korean Startups, Samsung, and the Galaxy Note 7 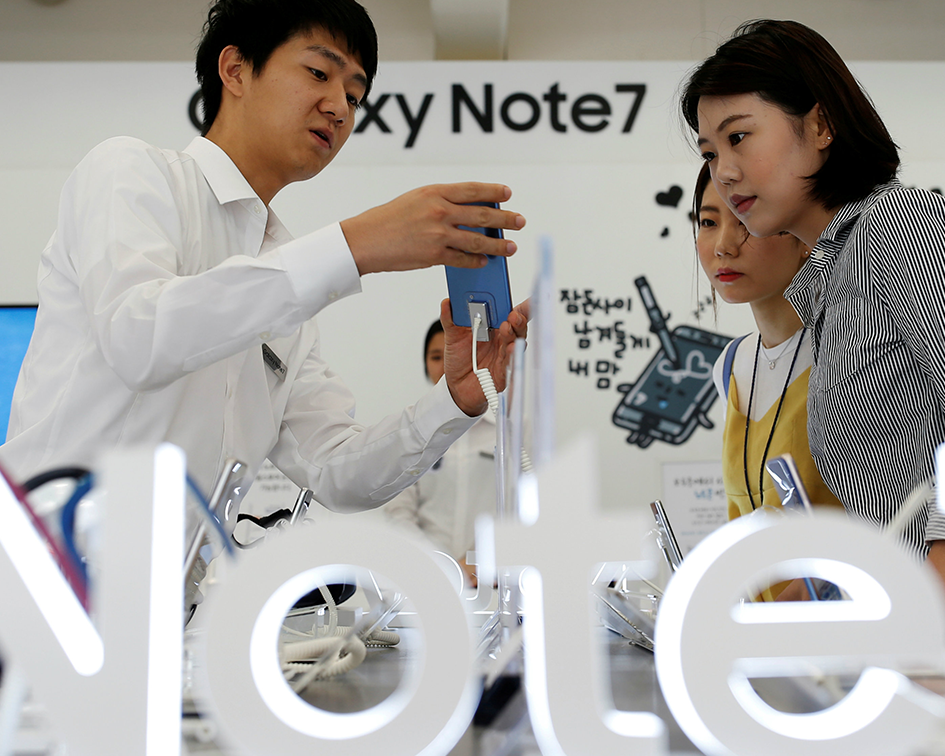 (The original article can be located here.)

There was an explosion. And the remnants were swept under the rug.

Then another explosion. And the remnants were swept under the run again.

Then the rug caught fire and now the house is slowly burning down and collapsing upon itself.

This isn’t some personal anecdote but rather a fitting metaphor for what is occurring at Samsung with their Galaxy Note 7 nightmare.

For those living under a rock, here is a one sentence summary of what has unfolded:

The battery in the Note 7 had a predilection to burst into flames, the replacement battery had the same issue, and now there is a massive recall of all Samsung Galaxy Note 7s.

Just how big of a nightmare is this? Well, Samsung’s revenue alone makes up around 23% of Korea’s GDP so the reverberations of this will be felt countrywide.

Instead of rehashing the slew of articles that have been published on the Note 7 (I’ve listed a few at the end of this article), I want to take this time to show how this reflects upon the environment in which the Korean startup is trying to take hold.

This botched launch shows serious flaws in the chaebol work culture and it is imperative for startups to avoid these pitfalls in order to truly have a chance of being successful.

The Work Culture: Take the Bad, Mix in Some Worse

This fiasco proves just how poorly run and organized large companies in Korea can be. Their ageist, sexist, and antiquated concepts of the infallibility of the boss are finally coming back to haunt them. The combination of all of these moving parts is a major reason why the Note 7 disaster unfolded as it did and should serve as a warning to startups that this is not the path of growth to follow.

Chaebol Problem: Ageism and sexism that manifest themselves in the rigid hierarchy such that, in order to be a manager and hold real power, your qualifications must include being old and a male. Negating the impact that a majority of the company can have just based off of how old they might be or their gender promotes the recycling of old, uninventive ideas while dashing any hope of creativity or innovation. Combine this with the perceived infallibility of managers and you potentially have less qualified people making decisions that affect the entire company with zero checks and balances in place.

What Startups Should Learn: In order to build the best product possible and develop a company culture that can scale most effectively, it is imperative to promote a meritocratic environment in which the only variables that you are being judged by are what you produce, its quality, and your ability to work with your fellow team members in a friendly, cohesive environment. In this environment, those that are truly the most qualified and posses the strongest leadership skills will rise to the top and your company will be better off.

Chaebol Problem: Once things start going wrong, as they did when the first batch of phones started to explode, the issue was not tackled immediately but rather ignored because that would admit failure and there is nothing worse than failure. This fear of failure is what keeps formerly successful ideas in circulation and impedes the creative process. There is no need to try something new when you have a tried and true method that worked in the past regardless of shifting socio-economic and cultural changes.

What Startups Should Learn: You are going to fail multiple times and that is a good thing. It means that you are learning. There is no such thing as absolute failure but rather merely one iteration in the timeline of your product. If you try and stick to previous methods, then there is no space for innovation and growth.

Chaebol Problem: The concept of short term versus long term thinking and planning. Chaebol culture pushes short term planning, showing what you can accomplish on a daily basis versus long term goals. This does not mesh well with product launches. Samsung rushed the launch of the Note 7 to immediately compete with the iPhone7 without thinking about the potential long term effects of this.

What Startups Should Learn: The seems pretty obvious but you should never rush a product launch and you must always keep in mind your long term goals when operating on a day to day basis.

Samsung has shot itself in the foot and the startup needs to heed this as a wakeup call for how they choose to structure themselves.

If you want to read more about how much this failed launch will cost Samsung you can read this article or this one. For its reflection on Samsung’s internal issues, look here or here.

And let’s not forget the exploding washing machine problem here.